VISIT WEBSITE
Car Lovers Automotive opened in Brooklyn, New York, to meet the growing auto repair needs of the area’s vehicle owners. Car Lovers boasts of integrity and superb auto mechanic services of the highest quality, offering a more affordable price than the region’s competitors. Since its inception, it has become a staple in Brooklyn, serving thousands of satisfied area residents, as well as throughout the Big Apple and TriState area.

Prior to meeting with Best Option Co, Car Lovers Automotive found its organic marketing efforts stagnate as consumers’ trend of searching for auto mechanics online have become more prevalent. At the time, Car Lovers Automotive had no website because they did not have access to the server the website was hosted on. So when they lost their “web guy”, they lost their website as well.

Even when Car Lovers Automotive had its website up, the staff had no control over its content, since they couldn’t update it without first reaching out to the freelance developer whose negligence allowed their server subscription to expire.

Due to the absence of valuable keywords in their website, Car Lovers Automotive was not showing up in Google Searches, causing them to lose numerous high-paying auto repair jobs, and there was no way to manage their site’s content without the help of a developer.

Nowadays, search engine optimization or SEO is one of the most powerful digital marketing tactics driving long-term results in this domain, and yet Car Lovers Automotive had no SEO on their site, either. As a result, they had no system or process in place to optimize their online content and increase their website’s position on search engine results pages (SERPs) on sites such as Google, Yahoo, or Bing in such a way that these search engines would want to show these as a higher result when certain keywords are searched, because search engines rank in order of relevance and quality all the relevant information they identify online.

As Google Analytics was not set up with conversions, they were unable and incapable of tracking the traffic that was visiting their site. And so their business was unable to make the important decisions they would have been able to make had they not be lacking the valuable data that was not being monitored.

Car Lovers Automotive’s budget handicapped their options and ability to hire a going-rate experienced and established digital marketing agency, as happens frequently with many small startups and businesses that are poor in resources. Even though they were not at all satisfied with their horrible website and the terrible online experience it was providing their clients, they were not sure which web company they’d be able to place their bet on – let alone whether they even had enough to wager on a web company. Since the specialized agencies they contacted were too expensive for a redesign, and they did not yet know the blessing that is Best Option Co, they had honestly believed they were doomed to no other choice but to keep operating with their lackluster website the same nondescript way it was.

In addition to the lack of search engine optimization, Car Lovers Automotive virtually had no social media presence, either. They were eventually rescued though, by Best Option Co, whom they were lucky enough to learn about via word of mouth.

Best Option Co’s first step in transforming Car Lovers Automotive’s website was the development of an in-depth website strategy that helped all parties understand all the strengths, weaknesses, and opportunities involved. During this process, Best Option Co’s team identified three key functions the new website would have to cover:

To solidify the website’s role as a user-friendly companion for Car Lovers Automotive users, our team implemented several new site features. Some of these were a WordPress Content Management System that allows them to greatly serve users by updating news in real-time, plus lead capture web form to collect leads for auto mechanic jobs in real time. Finally, set up analytics to track the progress of Facebook Ads, SEO, and Google.

During our website strategy, our Best Option team identified two core user segments the new website needed to serve: Car Lovers Automotive staff, and prospective clients. These audiences helped set the goalposts as our UX, UI, and Development teams created the website architecture, an effort that resulted in several purpose-built innovations. Most notable of these was installing a lead generating marketing machine by integrating the Google Ads conversion tracking code in web form to capture lead data, which subsequently lets Google know which users to turn into clients for Car Lovers Automotive. 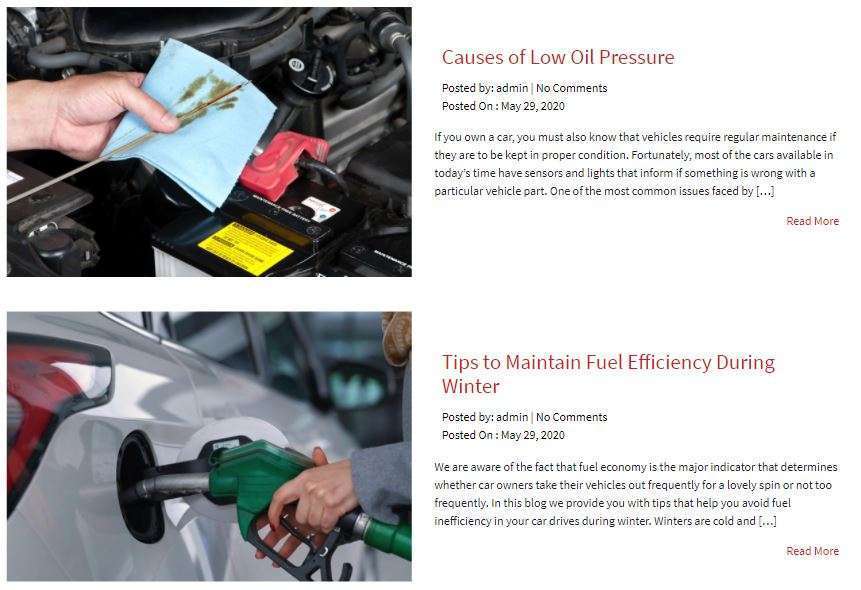 At the core of the Car Lovers Automotive brand is its relationship with clients – a strategic pillar that had to translate into the digital realm. To achieve this, our Best Option Co team developed the website on the WordPress content management platform. So Car Lovers Automotive was given the easy ability to publish catchy and most appealing content on demand, at their leisure, and provide a more elite customer service as well.

Positive Impact On The Bottom Line

In today’s increasingly digital world, Car Lovers Automotive now has a modern website that is outstanding and holds firm, and is a standout competitor in our time. Meanwhile, its clients are enjoying faster service, relevant content, and smoothly booking appointments very easily. With its new digital foundation laid out, Car Lovers Automotive virtually has no limit when it comes to future innovation and expansion – setting the stage for a new and very exciting chapter in its growing success story. In addition to creating a lead generation machine for Car Lovers Automotive, Best Option Co gave them a Social Media omnipresence. We curated their LinkedIn, Facebook, Instagram, and Google My Business profiles, which led to an increase of 21% in business growth.