Before contracting Best Option Co, the Franklin Legal Group sales were in steep decline because they stayed behind while their competitors were advertising very aggressively online. Franklin’s staff had no control over the content of their company’s website, so important updates couldn’t be made in a timely manner until they first reached out to the freelance developer who developed their lackluster website. This developer was always very uncooperative, showing up when he pleased because he always claimed to be too busy elsewhere; he always wanted money too.

The Franklin Legal Group website always failed to make the cut on Google’s search engine;  it never made a showing there because of the valuable keywords that were always missing, a standing or ranking that would have secured many profitable deals for Franklin  –  deals that were instead being lost to their competitors.

The Franklin Legal Group didn’t even have Search Engine Optimization (SEO) on their site, something that is one of the most powerful digital marketing strategies that drive long-term results! So there wasn’t a process or method in place for their online content to be optimized in order for their website’s position on search engine results pages (SERPs) to be high in rankings on sites such as Yahoo, Google, and Bing. That would have made those search engines show it as a top result when prospective clients search for a certain keyword, as all relevant information online is ranked by order of relevance and quality by these search engines .

Neither was a conversion set up on their site for Google Analytics, thus hogtying them from tracking the traffic that was visiting their website. Consequently, very important decisions that could have been made based on this valuable data were impossible to be made by the Franklin Legal Group because of the lack thereof.

Like most small businesses with tight budgets, it was out of the Franklin Legal Group’s financial means to hire one of the more popular and “respectable, professional” digital marketing agencies that appeared as one of the top options in the results of their online searches for web help with their lackluster website. So the Franklin Legal Group was terrified by the thought of never being able to find the right “it” web agency they could put their trust in to resolve their digital woes and not have history repeat their same digital nightmare. They were totally dissatisfied with the poor design and functions of their existing website that only served to give their clients bad experiences. But this nightmare did come to an end as soon as they coincided and partnered with the great team at Best Option Co.

The first transformational step with Best Option Co was its development of an in-depth website strategy to help all parties involved clearly understand the opportunities, the strengths and weaknesses, of the positioning of the Franklin Legal Group’s web. Three KEY areas were identified by our Best Option team during this process that needed to be covered and resolved by the new website: 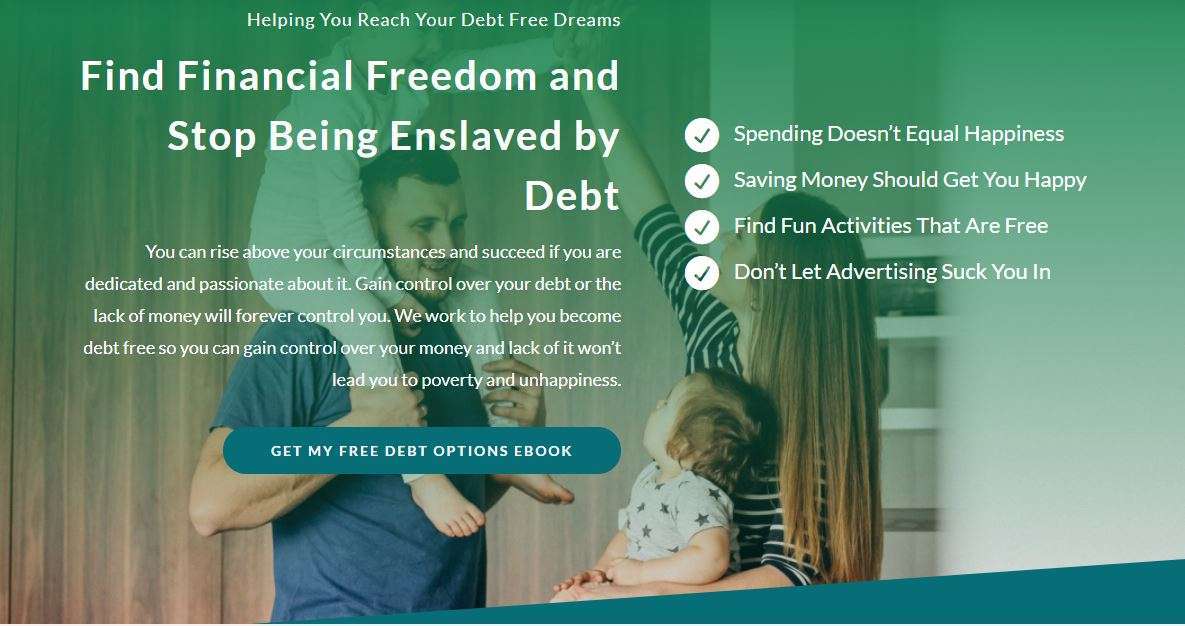 Our Best Option team implemented several new site features that solidify Franklin’s website’s role as a user-friendly, essential superstar to its users. Some of these were a WordPress CMS (Content Management System) with a two-factor authentication security that makes it quick and easy for the Franklin Legal Group to provide their users with updated news in real-time without risk of hackings. A chat option was also set up by Best Option Co that gives the Franklin Legal Group team the reality of real-time chats with their site-visiting users right from their mobile phones.

The two core user audiences that the new website needed to serve were also identified by our Best Option team during our website strategy: debt relief clients and the staff of the Franklin Legal Group. The goalposts were set with the help of these audiences as our UX, UI, and Development teams developed the architecture for the new website – a tremendous effort that led to purpose-built innovations. Debt relief clients are now provided a pleasant, delightful digital experience that leads to complete customer satisfaction, as they are now seamlessly and quickly taken care of fully online with simplicity and no complications. 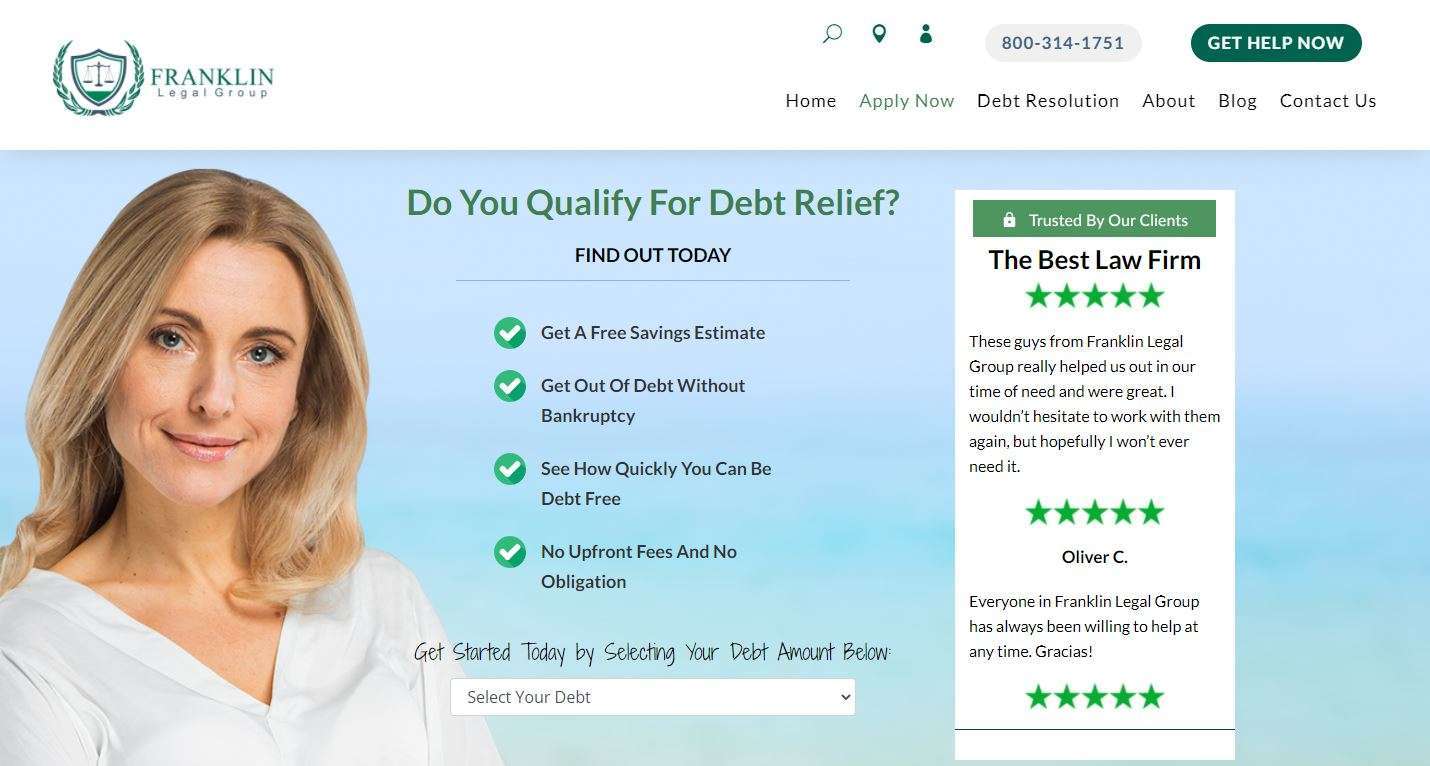 At the core of it all is the Franklin Legal Group brand’s relationship with its clients – a strategic pillar that had to be transformed into a trendy digital convenience. This was accomplished with our Best Option team’s development of the website on the WordPress content management platform, which has empowered the Franklin Legal Group with the easy and spontaneous ability to publish important, useful content on demand.

Positive Impact On The Bottom Line

Traffic and business have soared incredibly to amazing heights on the Franklin Legal Group’s revamped new website, which has kept its owners chronically laughing happily all the way to the bank. They (its owners) enjoy full control of it and all its content, and thus they make all the instant updates at will without contacting a third party, such as its developer. The entire website is backed up and secure as well. Things couldn’t look brighter for the Franklin Legal Group, as all digital nightmares have become extinct, thanks to Best Option. Everything online on their site is just so smooth, simple, and quick now. Both the Franklin Legal Group and their clients are always left pleased and completely satisfied with each digital experience on the site. The Franklin Legal Group is an established debt relief company that has always been very professional, but now they are also very organized, reliable, and pleasant to work with, thanks to their dynamic new site. Best Option’s exemplary digital work of artful online magic has made the Franklin Legal Group’s website a complete business as best as can ever be, flourishing and scaling their business more than ever. Everything is relevant and interconnected, because the digital age of technology we live in today in this cyber universe makes it mandatory and necessary for every business to have a fully workable website, so essential and vital – too important not have in businesses nowadays. Success & Enjoy!